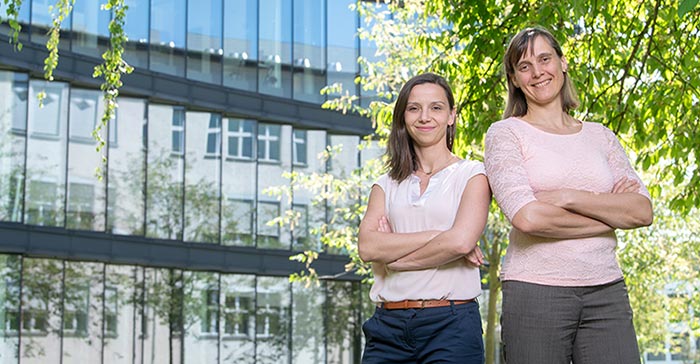 T-knife is a spin-off company of the Max Delbrück Center for Molecular Medicine (MDC), founded in 2017 by Professor Thomas Blankenstein, Dr. Elisa Kieback and Holger Specht. Located on Campus Berlin-Buch, T-knife develops T-cell therapeutics that can combat cancer with the help of the patient's immune system. Over the course of many years, the research team led by Prof. Thomas Blankenstein has succeeded in genetically modifying human T cells so that their receptors can detect and destroy specific tumor cells. Using this patented technology, the first T cell receptor gene therapy in Germany shall be implemented.

Dr. Elisa Kieback is a molecular biologist and has been conducting research at the MDC since 2004, first as a PhD student and later as a postdoc. Her research focus  is on gene therapy, especially T-cell therapy of cancer. From 2016, she coordinated the preparation of a first clinical trial with genetically modified T cells in the research group of Professor Blankenstein. The trial will test the safety and efficacy of modified T cells in patients with bone marrow cancer, multiple myeloma. Dr. Kieback became acquainted with the requirements of the application in detail, from the preclinical phase to production and regulatory issues. The decisive factor was that the technology had been advanced to the extent that it could be commercially and clinically exploited. At that time, the first patient trials with other gene therapies had already been carried out and a market for such approaches had developed. A spin-off was planned.

This step was closely followed by the Technology Transfer Office at the MDC. Dr. Jeannette Libera-Körner is one of the technology managers. As a biophysicist, she has gained twenty years of experience in the industry and has successfully launched drugs on the market. She is well acquainted with all areas from product development to production and sales. At the MDC she ensures that discoveries are patented in good time, explores together with the scientists to what extent technologies can be further developed at the MDC, whether commercialization through a spin-off is realistic or whether an industrial partner should be brought on board. In the case of Professor Blankenstein's team, the aim was to provide the scientists with further training opportunities for the start-up scenario, to draw their attention to conferences such as Falling Walls in Berlin or BIO Europe and to arrange contacts with investors. Elisa Kieback greatly appreciated this support. At BIO Europe she found one of the investors for T-knife, and this is just one example of the successful cooperation with the Technology Transfer Office. Entrepreneurial knowledge was required to set up the company, and the preparation of the clinical trial continued in parallel – good support during this period was very important. In the meantime, investors have been found, and Elisa Kieback is managing director of T-knife. The company is in the process of negotiating MDC's extensive licensing rights, including a technology platform for the generation of cancer-specific receptors, various receptors and rights to Phase I / IIa clinical trials.
If the therapy proves to be safe and effective, it will be a huge step forward for this cancer therapy which began about 20 years ago in a lab at the MDC.