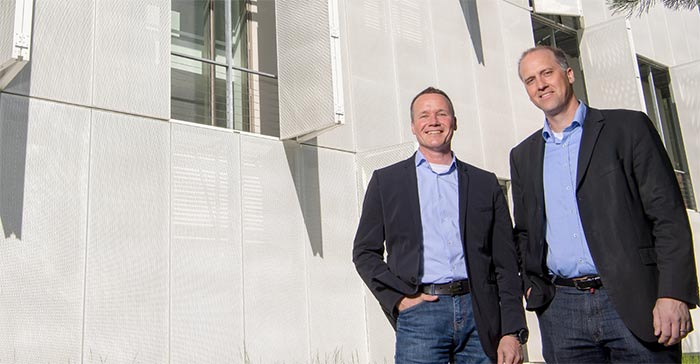 Why do some people get sick while others remain healthy? Which risk factors and protective mechanisms contribute to this? The large-scale German National Cohort (GNC) Health Study makes it possible to investigate in a whole new dimension which factors play a role in disease development and how they relate to each other. To this end, 200,000 people aged between 20 and 69 will be examined nationwide and observed over a period of up to 30 years. The evaluation of their pseudonymized data will help to identify the causes of common diseases such as cancer, diabetes, dementia and cardiovascular diseases, to detect these earlier and to improve their prevention.

One of the three GNC study centers in Berlin is the Max Delbrück Center for Molecular Medicine (MDC) on the Berlin-Buch campus. Here, in the first phase of the study, 6,000 of the 30,000 participants from Berlin and Brandenburg will be examined with a 3.0 Tesla MRI scanner. Professor Thoralf Niendorf, director of the GNC MRI Center in Buch, together with the director of the GNC Study Center at the MDC, Professor Tobias Pischon, has recruited a team of experienced radiologists and medical technical assistants. They carry out the MRI examinations precisely and reliably in accordance with the uniform standards of the GNC study. The data from the whole-body examinations are essential for the evaluation of the long-term study.

Thoralf Niendorf is Professor of Experimental Ultra High Field Magnetic Resonance Imaging (MRI) at the Experimental and Clinical Research Center (ECRC) of the MDC and the Charité. He heads the Berlin Ultrahigh Field Facility (B.U.F.F.) and works closely with Tobias Pischon. For example, he contributed his expertise to help develop the standard protocols for the comprehensive MRI examinations of the GNC subjects. The technical basis was also specified in advance. To ensure that the data of the study are comparable, each site has received identical MRI scanners with exactly the same equipment, which may not be changed over the duration of the study.

To set up an epidemiological study on this scale required very extensive conceptual considerations. What future questions should the data be able to answer? Which topics will be relevant in the future? Which technologies will be increasingly used in the future? The design of the study alone is unique and exemplary worldwide. Acquiring such a large number of complex, detailed and consistent data throughout Germany opens up a new dimension in epidemiological research. Previous cohort studies have generally focused on one topic and can answer specific questions in each case. However, their relatively limited number of study participants does not allow complex correlations between genetic and other risk factors and their effect on the development of diseases to be investigated.

Professor Tobias Pischon heads the Molecular Epidemiology research group and the German National Cohort at the MDC, which also coordinates the National Cohort Cluster in Berlin-Brandenburg. He is also a board member of the German National Cohort, the registered association which is the legal entity responsible for the study. In a random population sample, the Molecular Epidemiology research group investigates the influence of lifestyle, environment, metabolism and genetic predisposition on the risk of chronic diseases. The focus is on the detection of molecular markers related to disease risk. One of the research objectives is to be able to identify people with a high disease risk and to better predict diseases. The GNC will provide an excellent database for this purpose.

Five years after the baseline examination, the study participants will again undergo the entire examination program. By comparing the collected data, it will be possible to identify which subjects have developed diseases. Based on the MRI scans, the researchers can assess whether study participants who remained healthy have different bodily characteristics compared with participants who have developed diseases. For example, in an MRI scan, it is possible to see exactly where fat has been deposited – in what quantity and of which type. For the first time, this can be systematically quantified. This makes it possible to make a statement as to whether and to what extent fat – for example in the tissue of organs – is relevant for the occurrence of certain diseases. If a correlation is confirmed, this can later serve as a clinical marker. Another question that can be answered for the first time based on the large collection of GNC data is the question of the average size of organs such as the kidney – related to men and women and age. Such a binding and medically relevant reference does not yet exist.