Dr. Ralf Krähmer provides drugs with a protective shield for their journey through the body 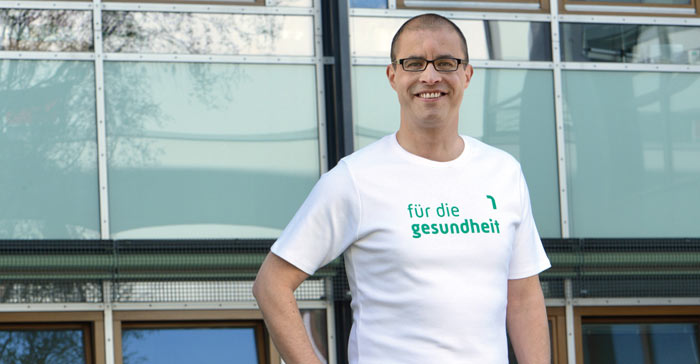 Dr. Ralf Krähmer never thought he would one day found a company in Berlin-Buch. Following his chemistry studies in Leipzig, Dr. Krähmer went to the U.S. for a research stay. From there he went to Switzerland and then on to Berlin, where he for the first time worked on the development of polymer materials for the modification of biopharmaceutical substances. It soon became clear to him and his future co-founders that polyethylene glycols (PEG) had great potential for protecting biopharmaceuticals from premature degradation by antibodies and endogenous enzymes.

In 2003 he founded the company celares GmbH with two colleagues on Campus Berlin-Buch. The company is specialized in drug delivery, or more precisely, in the transport of biopharmaceutical substances in the human body, which are protected by coupling them with polyethylene glycol (PEG). Worldwide there are only very few companies active in this field.

With the aid of PEGylation, Dr. Krähmer can equip a biopharmaceutical drug with a kind of camouflage mask. PEG provides an envelope of water and subsequently protects the drug’s particles. Thus, the “masked” drug can reach its actual destination in the body without being recognized as an attacker by the immune system and then destroyed.

Another advantage is that PEG increases the volume of the active pharmaceutical ingredient so that it is not excreted by the kidneys too quickly. This can happen to active ingredient particles lacking this protection. After PEGylation the active ingredients have a longer half-life, and the dosage can be regulated better. The drug can be administered at longer intervals, and side effects can be reduced. The PEGylation must be developed for each drug individually, a field in which celares can draw on many years of experience. Since 2005 the company has been offering PEGylation as a service to pharmaceutical and biotech companies. Since that time the number of employees has increased to twenty, and two years ago celares was able to independently launch a GMP-production facility for PEGylation in pharmaceutical quality.